The Cabal hits us with viruses and malware

We hit them back with the PLAGUE 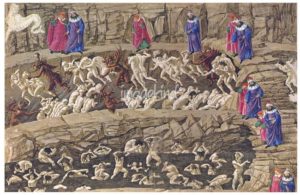 We ask you join us in praying the following prayer.  God will hear this prayer and it will feed you with spiritual food of the presence of the Holy Spirit.  When we use the word Cabal we are talking of: Tech Companies that create the tech that: uses slave labor (programmers and people in slave manufacturing), produces monopolies that kills inventors, spies, destroys your work with malware, destroys privacy, enslaves, manipulates the truth, destroys sovereignty (individual and nations):  Google, Oracle, Microsoft, Facebook, Verizon, Comcast, Apple, Cisco, Amazon and all other engaged in similar endeavors.

Government agencies that fund companies to make it possible to do the above that they exploit to enslave and create added technologies of mass destruction to human life and the Planet itself – Military Industrial Complex: Lockheed Martin, SAIC, Boeing, BAE, Raytheon, Airbus, Honeywell, Northrup Grumman, General Dynamics and others that are in similar engagements in collaboration with countries like Israel.

Government Agencies that spy, that fund and get rich from the killing machine, trafficking, drug trade, etc.: CIA, USAID​, NSA, Mossad, MI5-6, Saudi Intelligence, GCHQ, and all others like them.  Agencies that are co-opted to do the dirty work of killing: .

All that pollute the earth, humanity, and damage its abundance and perfection:  Monsanto, BP, Pfizer, Glaxo Smith Klein, all oil companies, pharmaceuticals, GMO companies, vaccine creators, bioengineers, nuclear physicists, all that are involved in CERN, HAARP, Chemtrails and all entities involved in the destruction of mankind and the sentient life of the Planet.

All entities that are in the business of deception and manipulation of the Truth and promote the abject depravity using the media: CNN, MSNBC, CBS, ABC, Disney, Paramount, BBC, New York Time, Washington Post, Politico, and all in entertainment that pervert the intended perfection of the Creator.

Almighty God, the Creator of the Universe, the Father of our Lord Jesus Christ of Nazareth.   We come to you in all humility, acknowledging how we and our ancestors have rebelled against you by our sinful behaviors.   We seek you forgiveness, because you alone have power to forgive through Jesus Christ.  We thank you for what you did for us on the cross. We also from the heart forgive all who have hurt us.  We forgive our Governments and the Cabal for the evil conspired against us, against the Earth and against Jesus Christ the Anointed One, our Messiah.  We forgive everyone who has conspired to eliminate us, to rob us of our human rights of privacy and enslave us known as the Cabal. We forgive every one in the Cabal who willingly or unwillingly participated in these conspiracies.  We forgive ourselves for how we have had any part in this evil against your creation.  We in particular seek your forgiveness for innocent blood that has been shed in unrighteous wars and the killing of children including the unborn.  We forgive those who have inflicted these crimes against humanity.

We repent of our unrighteous judgements against all people we know.  We acknowledge you Almighty God as the righteous judge and commit all those we forgive to you the judge and to those who have been given this responsibility.

We command in the name of Jesus Christ of Nazareth, every evil spirits which is not of Jesus Christ to leave us quickly and quietly as we bless those who would cause us harm.  As we bless, we request you fill us with the presence of the Holy Spirit.

Blessed be God the Father and our Lord Jesus Christ.

Bless my soul from whom all blessings come.

Bless our government officials and bless the Cabal members with the good will of Jesus Christ.

Download the Prayer to any device that the Cabal is spying on (your smart-phone, tablet, PC) and your social media accounts ... Let's fill up their servers with the Pizza & Hotdog Prayer ... the Internet borne e-PLAGUE